With print advertising revenues declining dramatically in recent years, newspaper publishers are faced with two very difficult calculations.  They must decide when to cut costs and where to do it.  As industry experts and publishers point out in Saving Community Journalism, newspapers must shed legacy costs associated with the print editions if they are to free up funds that can be invested in reinvention and renewal.  Shedding legacy costs is so important and so difficult, says Yale University’s Richard Foster, that decisions about how to do it must be made “at the very top” of any organization. 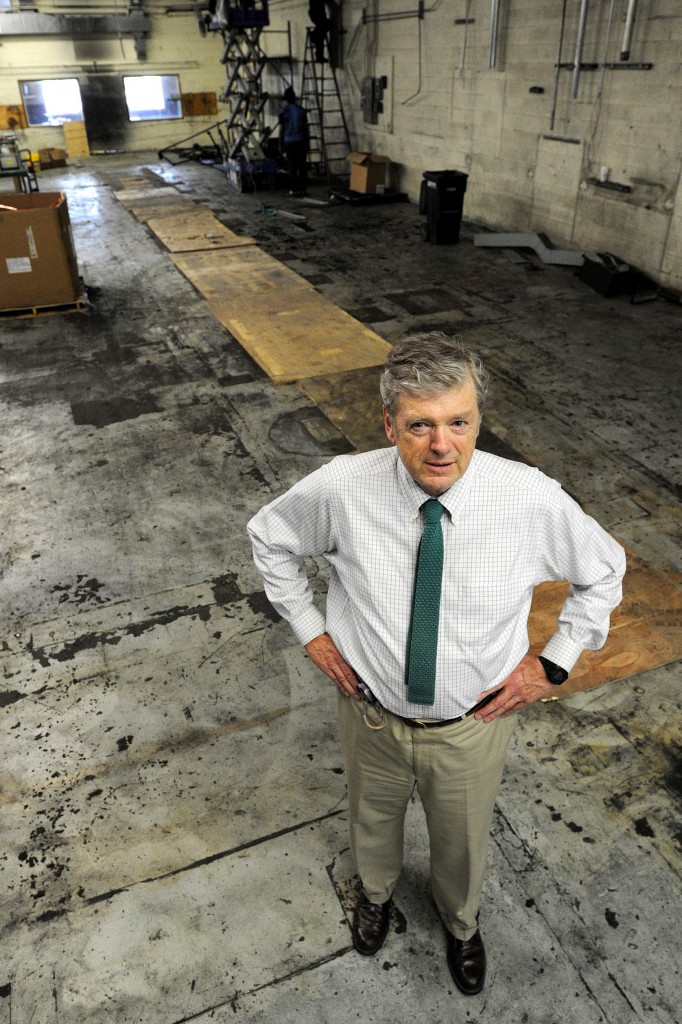 In Chapter Five, “How to Shed Legacy Costs,” several publishers discuss how they arrived at the decision.  Catherine Nelson, general manager of the Rutland (Vermont) Herald, chose to outsource production and distribution of the print editions and consolidate certain news and advertising editing functions, such as proof-reading.  David Woronoff, publisher of the Southern Pines (North Carolina) Pilot, cut production and distribution of the paper’s print edition from three to two days a week.  Clark Gilbert, publisher of the Deseret (Utah) News, trimmed editorial staffing associated with the print edition so that it “matched” the dramatic decline in print advertising revenue. “When you have revenues at 1950s levels,” he said, “you’ve got to have a 1950s cost structure.”

Bruce Kyse, publisher of the Santa Rosa (California) Press Democrat from 2005 to 2013, followed yet another path.   He believes that the end of seven-day delivery of the print edition of a newspaper is rapidly approaching in many communities.  So he tried to educate his readers and advertisers to view the Press Democrat as a newspaper that can be accessed on many platforms – print, digital and mobile.  Prior to becoming publisher, Kyse was vice president for news and digital of the 14 papers that comprised the former New York Times Regional Newspaper Group.  Most of the papers in that group are now owned by the Halifax Media Group, an investment firm that specializes in newspapers.  The Press Democrat was sold by Halifax in 2012 to a group of local investors in the Santa Rosa community.  Kyse is currently a media consultant.  Here are his thoughts on how newspaper publishers should think about shedding legacy costs.

Saving Community Journalism recommends that newspapers shed six percent in costs every year moving forward.  Is that goal too ambitious, or not aggressive enough?

The high cost of investing, producing and distributing newspapers was the barrier of entry that allowed media companies to generate 20 to 30 percent margins. In a digital world, those same costs are now a barrier to profit and growth. That means expense reduction is a continuous process, and newspapers will have to find new ways to lower the cost of sale without diminishing valuable assets.  At the Press Democrat, we sold the buildings, shrunk the size of the paper, outsourced printing, cut sections, reduced paging, eliminated newsroom and sales positions, and pulled back on the distribution footprint. Those were all necessary steps, but many of them are one-time reductions.

I don’t know if six percent is enough, but let’s say that it covers the decline in print ad revenue. What if a newspaper were to cut 10 percent from legacy costs each year for the next two years and invest the extra eight percent in digital? Perhaps the newspaper could invest in creating an in-house digital agency that could provide services to local businesses.  Or, the paper could hire five online reporters and experiment with special interest or hyper-local community sites to drive traffic and increase engagement in your digital products. At some point, every paper will have to make a significant investment in digital that allows them to cross the chasm that separates the print world from the digital world.

Where do you think expense reductions will be focused in the next decade?

As newspapers take steps to accelerate the shift to digital, they have to focus on production and distribution of print, which still represents 60 percent of the cost of doing business. More newspapers – including metros – will eliminate days of print publication, focusing on the few days a week that a newsprint edition actually shows profit. You’ll see more reductions in distribution footprint, with metros and regional papers focusing on high-penetration core areas that are less expensive to deliver and preferred by most local advertisers.

You will also see changes in the cost of content creation.   Every newspaper executive in the country knows the value of news, information and good storytelling. But not all content has equal value. In the next few years, digital subscriptions will force newspapers to create tiers of content value. You’re going to have to compensate trained reporters for high-grade stories. But a large amount of content that plays out online will cost much less to produce.

What role does ownership play in the extent and pacing of change at a newspaper? Your newspaper, for example, was owned by three different companies in a very short time. How closely aligned – or not – were the expectations and philosophies of these owners?

In 2012, the Press Democrat had three different owners. Right or wrong, each company had its own business strategy. Obviously, ownership has a tremendous impact on speed, effectiveness and direction of change. All you have to do is look at the major newspaper groups, which own the majority of the country’s daily newspapers. Each corporation has its perception of the local media landscape. It’s amazing to me that so many large corporations can hold such dissimilar views and strategies.

Some companies like Digital First and Advance Publications are taking significant leaps – and making investments – to move their media companies to a digital-based model. These companies are aggressively cutting legacy expenses and reinvesting in digital. The risk, of course, is that they’re cutting legacy costs too deeply and losing print customers.

Other groups are taking a more cautious approach to digital investment.  For instance, companies like Hearst and Lee are making investments in digital publications and forming in-house digital ad agencies, but they’re not cutting back on days of publication.

And others are placing their investments in print. The most notable of the contrarian positions on print is Freedom Newspapers in Southern California. Freedom is buying newspapers, adding sections, zoned editions, print reporters and even planning a new print edition to compete against the Los Angeles Times.

How does a company think about balancing cost reduction with investment in digital?

When the Press Democrat was owned by the New York Times, we adopted what we called a “disruptive business plan” that accelerated the company’s investment in digital. The plan was developed in 2011 after we created several five-year forecasts based on trends at the time. None of those forecasts allowed us to transform our business from print to digital without making an investment. Essentially, we couldn’t create an “inflection point” – that point when digital revenue growth surpasses print revenue declines – without a noticeable dip in profit.

But all of the projections showed that the sooner we made that investment, the sooner we hit the inflection point. As a result, the company agreed to invest sooner than later. To support the transition, the Times Company gave us bottom line relief for two years. Although the paper remained profitable, we had to sacrifice some distribution, several non-core print products, and some staff positions that were focused primarily on the print product.

Specifically, we eliminated several rural routes and created new subscription pricing tiers based on the cost of delivery for those rural areas. Some areas saw a 45 percent increase in seven-day subscription rates. We decided to focus on distribution in our core market, which had 70 percent of our subscribers, but only 48 percent of our distribution costs. We held rates for subscribers in our core market flat for three years.  Additionally, we eliminated advertising inserts on four days of the week.

We also eliminated two magazines, including a popular, award-winning wine country magazine.  Advertisers would only buy one or two issues at a time, and the sales cycle was distracting from our ability to sell digital. We also determined most of magazine revenue was just switching from the newspaper.  We used the legacy savings to invest in creating an in-house digital advertising agency, training, and adding news and advertising digital positions.

The traditional measurements used to measure success are changing.  What are some of the new metrics and benchmarks newspapers need to monitor?

The new metrics should focus on the tectonic shifts affecting the newspaper business – the switch of print advertising dollars to digital and, on the consumer side, the explosion of tablets and mobile.  On the advertising side, we should assume print advertising will continue to decline and local businesses will spend more on digital marketing and products.  Newspapers should survey their customers regularly and determine where marketing dollars are moving. Papers need to set goals and benchmarks for digital sales, including social media, SEO (search engine optimization) and mobile. If a newspaper is not capturing those dollars, it needs to develop programs that allow it to compete in those areas.

On the consumer side, newspapers are starting to measure growth in digital audience and engagement. Those metrics include the stalwarts like “page views,” “unique users” and “return visits.” But there is a wide array of new metrics that measure audience engagement, and that will be even more pronounced as consumers create reading habits with their tablets and smart phones. As the book points out, an engaged customer is more likely to be a loyal customer. That engagement comes on multiple platforms, and all of these need to be measured for print subscribers, digital subscribers, email subscribers, Facebook friends and Twitter followers.  It needs to include measurements for online contests, as well as event attendance. Any business plan has to include growth benchmarks for all of those categories of engagement.

Advance Publications took the bold step of eliminating days of unprofitable print publication in most of their markets. Other smaller papers have done the same thing.  Did you consider reducing days of publication as part of the Press Democrat’s business plan?

We looked at the possibility, but it didn’t help us move more aggressively to digital. Instead, we decided to let consumers decide. We established a pricing and packaging package to encourage new and at-risk subscribers to change their reading habits. More than 12 percent of the Press Democrat’s subscribers get the paper less than seven days a week, and that percentage is increasing.

Since Sunday is such a profitable day of publication, we actually reward digital-only subscribers with a discount if they agree to take the Sunday paper as well.  That way, we not only create the value of digital content for our consumers, but we also keep them connected to the paper with the best and most profitable print product of the week.